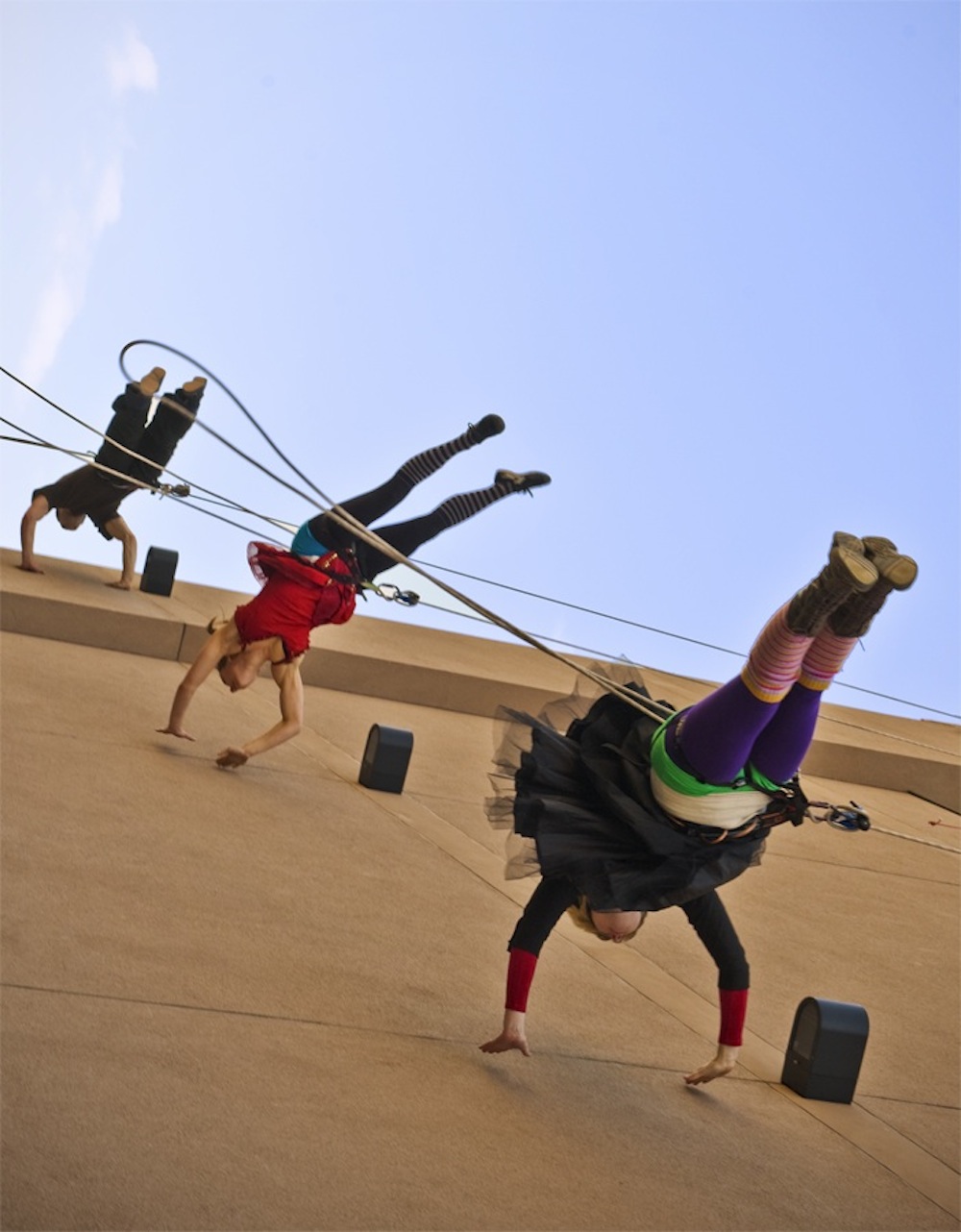 Off the Wall was a continuation of the Fly Butterfly training project, organised by and funded by the Arts Council of Northern Ireland. The performance was held on one of the exterior walls of The Crescent Arts Centre in Belfast, as part of its re-opening celebrations.  Again ‘roof plant’ was used as anchor points for the rigging as well as the circular stairwell structure, which was a little challenging. 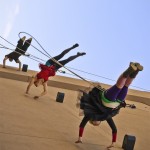 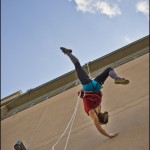